Minimalism is splitting the world in two. Love it or hate it, it’s a style with a very defined outline, one that has its roots in in the painted arts of the 20th century and that continued to branch out in other domains. These days, minimalism is especially present in design, fashion, and photography. 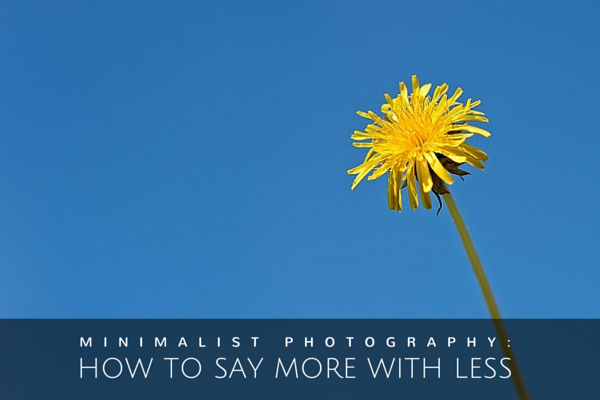 A simple scout around websites such as Twitter and Tumblr will be sufficient to tell us how we’ve gradually distanced ourselves from most things that are complicated and detailed.

But why is minimalism photography so controversial? It’s because of how deeply layered it is. At first glance, it doesn’t look like much thought, effort, or artistic skill goes into capturing a single empty vase on a likewise empty table, right? But as we all know it, the simplest of things can be the most beautiful. And the simplest of things can also be the most difficult to create.

There are hidden meanings, messages, and emotions and, when we really think about it, it’s a lot more challenging to try and tell a story through a single object. As a result, minimalist photography is quite the risky thing and you are essentially always treading between failure and success.

Here are a few general outlines, tips, and mementos that you need to make good use of in order to get the best of what minimalist photography has to offer. We need to understand something before we actually pick it up and start twisting it as our own.

What is minimalism? It’s a movement that started growing curtsy of 20 th century artists who relied on simplistic compositions to introduce a new and unique style. Their simplicity strived from the reduced number of elements in their compositions, elements such as shapes, textures, and colors.

As a result, minimalism creates a whole new perspective and allows artists to share with the world open-ended messages. In other words, every viewer takes out of the work of out whatever it is that they understand and whatever meaning and sentiment they best resonate with. This kind of openness ensures the possibility of having your creation appreciated by a vaster majority of people, but it comes with a clear price.

There are other people who aren’t exactly fond of the openness provoked by minimalism, considering it to be lazy and in lack of a clear direction. If the message isn’t there, then the artist didn’t know it, and the work ended up getting them to scratch their heads. It’s a blade with two sharp edges, really. The key word for minimalism is simplicity. This means, you should avoid stuffing too many elements in one photo and you should always focus on a single subject of your focus. And this is where you begin. Minimalist photography is, most of the time, all about opportunities. Inspiration can strike us when we’re running to the grocery store if we suddenly spot a streetlight that looks like it could make a beautiful capture from a certain angle.

Whatever it is that gives you this influx of inspiration – this is your subject. Focus on it, don’t try to overthink the possibilities and all of the other elements that might “strengthen” the subject and emphasize it even better. The best emphasis is when there are little to no other elements to distract you.

But if said streetlight has a bird climbed on top of it and if there is also a building behind it, this is when you’ll need to make some decisions. You’ll need to cut out some of these elements and trying to determine which one has to go might just be one of the most complicated parts of minimalist photography. As mentioned before, minimalist photography isn’t just about focusing on a single object and trying to determine the best angles for it. Important elements in this movement include colors, textures, and shapes, all of which can be pitted one against another, assuming they’re part of the same category, of course. These concepts will be of crucial importance to you when attempting to start your own commercial photography portfolio.

Putting together in a photo two contrasting colors is one of the best ways to achieve a minimalist photography on the first try. To be able to move to more difficult and ambiguous subjects, you’ll need to be able to truly understand the mentality and the philosophical edges of minimalism. We recommend studying the photo you’ve taken and trying to ask yourself what kind of emotions the contrast brings out.

Another important element is texture. Ideally, you want the viewer to be able to actually feel like they can graze their fingers across the photograph and feel the texture. For example, take the clear difference between a sandy shore and the soothing surface of water. One element, however, needs to dominate over the other to avoid making the photograph feel too crowded. 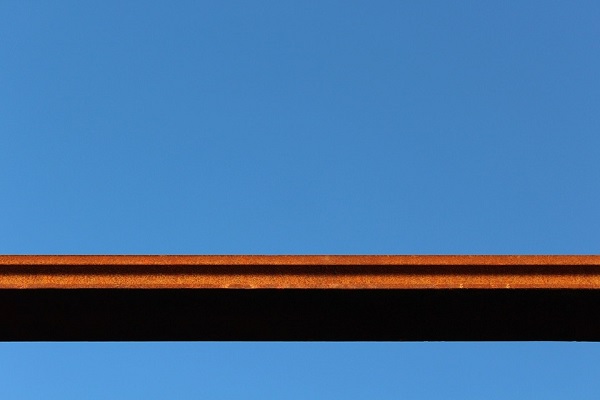 Lines are huge assets for any artist, photographer, painter or what not. When you properly use them, you are able to direct the viewer’s eye to the focal point of your photography. Horizontal and vertical lines can completely change the appearance of a photograph when they’re strongly accentuated.

They can create a feeling of isolation, of separation, of loneliness, and they can greatly aid you in case you want to cut out some extra elements and shift the whole focus to the primary subject.

This is a trick for the eye. It’s a form of deluding and misleading viewers into seeing what you want to see by having them follow a line into the pointed direction. Lines that start in the center of the composition and stretch toward the edges will create the illusion of an open space, giving your subject the appearance of a much smaller and insignificant object. Alternatively, lines that all gather towards the middle will blur out other elements and will empower the focal point. We can sit here all day and talk about illusions, tricks, color contrasts, and textures, but, at the end of the day, it’s still photography. And if a photographer wants to tell a story, the minimalism in the frame shouldn’t pose a problem. If you want to add a meaning behind your shot, this is when the human element comes in.

It’s certainly difficult to try to build a story around an inanimate object, but place a human in the shot and, suddenly, there is a whole new level of depth to it. Take dull elements such as a deserted alley and photograph the silhouette of a person walking on the street. Experiment with shadows, light, lines, and other elements and be ready for quick reactions in case the environment provides an unexpected opportunity. Refresh the Rule of Thirds

You don’t need to position the subject in the very center of the photograph for it to grab the viewer’s attention. You can easily add a surprising level of dynamism to the simplicity of a photo by brushing up on your knowledge regarding the rule of thirds. And in case you’re not sure of what that is, without diving into details regarding splitting the space in three grinds, it speaks of what happens when your focal subject is not in the middle.

This is a way to avoid boredom given the fact that, from a psychological stand point, we are tempted to look at the middle of a photo the instant we lay our eyes on it. We look to the center, we see something, and then we’re done. With the rule of thirds, however, we look to the center, we see nothing, and then our gaze swipes across the photo until it finds the actual subject of focus.

To summarize, there are a few key things worth memorizing:

Editor’s note: Would you like to learn more about minimalist photography and how to improve your skills in it? Here are 8 Tips to Bcome Excellent at Minimalist Photography. Mike Jones is a Boston University graduate, with an MS in Mass Communication. He is a full-time writer, passionate about entertainment and photography and also a contributing editor for VirtualPhotographyStudio. You can follow him on Twitter.
Your name here