Its hard to imagine a time without photography. With access to small but powerful cameras that will fit in your pocket a normal occurrence in the world today, not being able to capture a moment seems like such an alien concept. There are over 95 million photos and videos shared on Instagram every single day but not too long ago the only way to record what someone looks like was through drawing and painting. 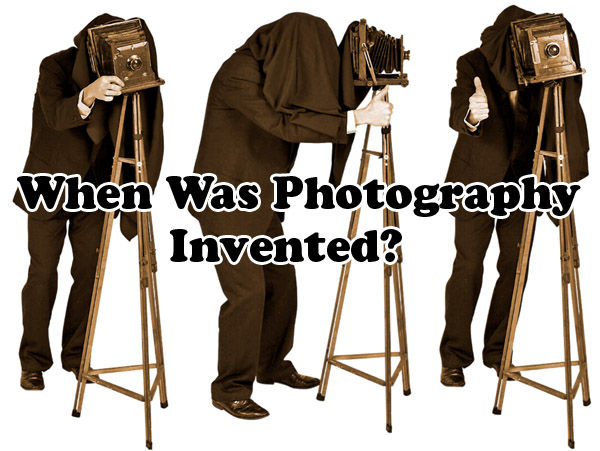 So, when exactly was photography invented and who were the key players?

When was the last time you took a photograph? I’m going to take a guess it was some time in the last 24 hours, right? Maybe you’re old enough to remember a time when it wasn’t so easy to take a photograph. When you had to make sure you had film for your camera and only took photos during significant occasions such as birthdays and weddings. Now think about how you would have coped if you lived in a time without photography completely. Where the only way you would recognise someone, you had never met would be through paintings and drawings. Only a short while ago that was the norm.

In fact, it was only a few hundred years ago that the word photograph didn’t even exist! However, to understand how photography came to be invented we must first travel back a little further in time to the development of its predecessors.

Camera Obscura: The Precursor to The Camera

Well before photography was invented the concepts of lenses and the camera had already been figured out. An image could be projected onto a wall or piece of paper but could not yet be recorded in what would later become known as a photograph.

The piece of equipment that was used to project the images was called a camera obscura (derived from Latin meaning “dark room” which is also where the word “camera” comes from). It is essentially a dark, closed box with a hole on one side of it. The light that is allowed through the hole transforms creating an up-side down image on the surface it meets, e.g. the wall of piece of paper.

It is believed that it was invented around the 13-14th centuries although there is evidence that the principles of the camera obscura were known much earlier. During the renaissance it is believed that the camera obscura was favoured by artists as a drawing aid although many artists denied this for fear they would be charged of association with occultism.

In the early 1800’s an Englishman called Thomas Wedgewood figured out a way to record the image that was being projected using a camera obscura. Using white leather or paper coated in silver nitrate (a white chemical which turns darker when exposed to light) he generated a black and white negative image.

Unfortunately, the lighter parts of the image also turned dark over time as he had not yet figured out how to fix the image for good. However, the chemist Humphry Davy recorded Thomas Wedgewood’s findings in a scholarly journal in 1802 by and so arguably started the ball rolling towards the invention of photography.

By 1816, a Frenchman by the name of Nicephore Niepce was also able to capture images on paper but using a different light sensitive chemical, silver chloride. However, no way to fix these images had yet been discovered.

Over the next few years Niepce experimented with several other light sensitive substances developing a method he named heliography taken from the Greek works helios and graphe meaning “sun drawing”.

In 1825 he recorded the worlds first photograph, a view from a window at Le Gras. 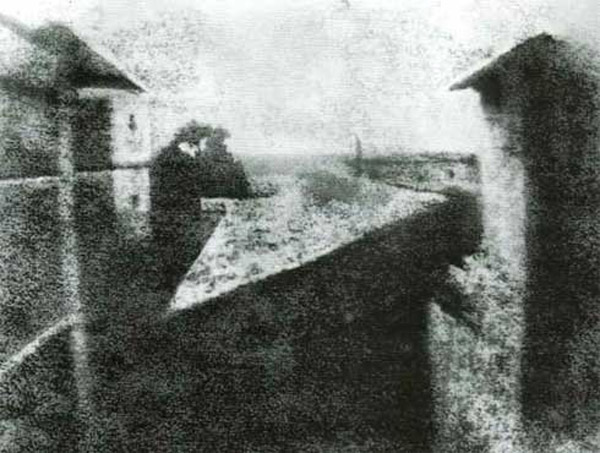 His technique used a petroleum derivative called Bitumen of Judea coated on a pewter plate to record the camera’s projection. When exposed to light the Bitumen would harden and then the unhardened material could be washed away leaving behind the image.

The plate with the image on was then polished and the image could be coated with ink to produce a print. However, there was still much to be improved as the plate was really heavy, the image was expensive to produce, and it took a lot of time to polish but photography was born.

After partnering with Louis Daguerre, Niepce continued to improve his heliograph technique. Following Niepce’s death in 1833, Daguerre went on to discover that an almost invisible image could be achieved from a short exposure before being developed using mercury fumes to produce a visible image.

This meant that exposure times were reduced from several hours to just minutes. Daguerre presented his findings on January 7th, 1839 at a meeting of the French Academy of sciences and was subsequently awarded a lifetime stipend in exchange for making the method available to everyone for free rather than patenting it.

During the same year, Sir John Herschel developed a way of making the first glass negative and later went on to coin the term photography (deriving from the Greek “fos” meaning light and “grafo”- to write).

During the same period that Daguerre was perfecting his method, another Englishman called William Fox Talbot was successful in creating negatives using a similar technique to Niepce’s original experiments.

Upon hearing about Daguerre’s successes he went to create a process through which a paper negative was produced after only exposing for a few minutes before chemically developing the image to make it visible. Even though this method produced a less detailed image than the Daguerreotype, Talbot’s method meant that one single negative could produce multiple positives.

His process was nicknamed the Talbotype or “calotype” (taken from the Greek word Kalos which means beautiful and the word tupos which means impression) and is considered the architype for the negative-positive printing process which would go on to become the foundation of analog photographic reproduction throughout the 19th and 20th centuries. Only dwindling in popularity with the advent of digital photography.

As anyone who has seen old photographs, for a long time all photographs were black and white. Despite the first ever colour photograph being taken in 1861 by the Scottish physicist James Clerk Maxwell, it wasn’t until 1907 that the first practical colour plate reached the market.

The plate used a screen of filters that would let red, green and/or blue light through and then developed to a negative which would be reversed to a positive. Applying the same screen later on in the process of the print would result in a colour photo that would be preserved. Although slightly altered, this technology is what is still used in the processing today.

Robert Cornelius: The Inventor of the Selfie?

Selfies may be everywhere in our photogenic culture today, however the very first photographic self-portrait, or selfie, was actually taken way back in 1839. The American photographer Robert Cornelius removed the lens cap of his camera, ran into frame and stood still for ten minutes before replacing the lens cap. 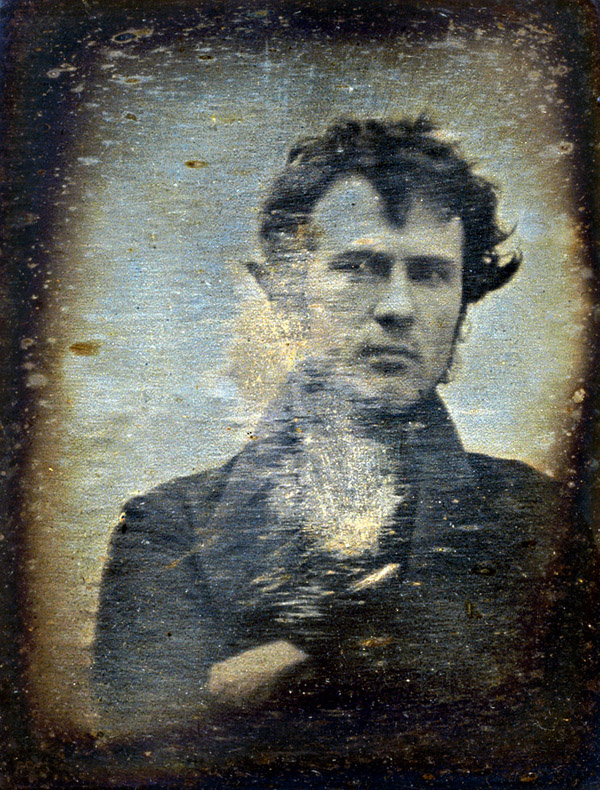 All he was trying to do was to capture the image of a human. There was no way he could know that he had just pioneered a technique that would be perfected by millennials across the world 170 years later!

Up until the 1880s, photography was only a thing for the very rich and professionals. That was until George Eastman founded a company called Kodak. His photography company is arguably one of the most influential in developing photography into what it is today. 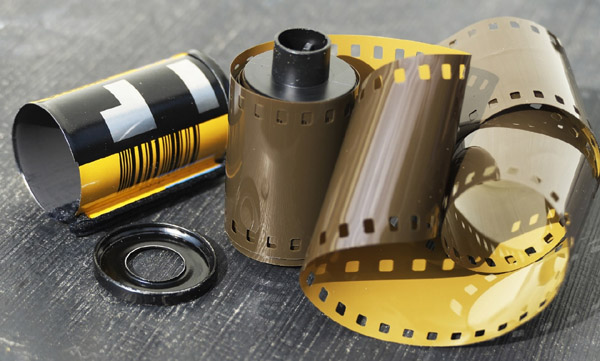 Eastman created a flexible roll film that didn’t require constantly changing solid plates. This allowed him to then go on to develop a self-contained box camera that held 100 film exposure with a single lens and no focusing adjustment.

The consumer would take pictures on the camera and then send it back to the factory to be developed. It was the precursor the disposable camera and was the first camera that was cheap enough for the average person to afford.

Learn more about the history of photography from Legendary World

As technology continued to develop it was only a matter of time before photography went digital too. In 1975, Steven Sasson invented the world’s first digital camera while working at Eastman Kodak.

It weighed around 3.6k Kg and shot 0.01MP. It is said that the first ever photograph taken on his digital camera was of a lab technician called Joy in December 1975. However, the image wasn’t saved. Interestingly, the first ever digital photograph was actually taken much earlier in 1957. It is actually a digital scan of a film image so whether this technically counts I will leave up to you.

It is strange to think the photograph has only been around 200 years and just how much the technology has changed. From the grainy, hard to make out first ever photograph back in 1825 to the continuous camera roll stored on our phones or in the cloud today, photography has become an integral part of our lives in such a short time. I cannot imagine what Niepce would think should he see the uses of his invention in today’s world.

Want to learn more about the history of photography? Check this article; The Ultimate, Detailed History of Photography That Will Blow Your Socks Off!