On the 30th of January in 1948, Mahatma Gandhi was killed by three bullets fired at close range. And while the world lost one of its greatest men (arguably), one man gained even more status as one of the most important photographers in the world.

Henri-Cartier Bresson had photographed Gandhi just about an hour before his tragic death. He also had firsthand access to the funeral proceedings and the grieving people of India, showing a unique look at Gandhi’s last days.

For the world, it was horrific. For a photographer interested in capturing “decisive moments,” it was a miracle.

This wasn’t the first time the rebellious Frenchman had been in the right place at the right time either. He’d also captured up-close and personal images of the student revolutions in Paris, a pre-communist China and Russia during the height of the Cold War. He even photographed the writer William Faulkner, just before he disappeared.

Not to mention, he’d captured thousands of significant moments in the lives of everyday people as he walked the streets of ordinary places around the world.

You could call Henri-Cartier Bresson a photo-journalist, street photographer or artist… critics have called his work many things, both positive and negative. But as an ambitious photographer myself, I’m most inspired by his style.

For Henri, there was more to photography than getting a fancy camera, the best lens and studying what other people had done. Henri invented his own photographic style, and he called it the “Decisive Moment.” If you’re new to photography, maybe his name doesn’t sound familiar. But I’m sure you’d recognize some of his work. Unfortunately, due to the copyrights, I haven’t included any of his images below, but you can find Henri-Cartier Bresson’s work all around the web and even in thick books at your local library.

But the tips below will give you a snapshot of his work and style. I’ve been studying him for quite awhile now, as I’ve always wanted to have my own unique photography style, too.

Maybe if Henri was writing this article though, he’d keep it simple. He once said…

“All a photographer needed to be, was patient and open to chance, to have a questioning gaze and a good sense of form.”

But if you’re hungry for more inspiration, then please read on. When you’re finished, we’d also love to hear about what photographers inspire your work in the comments below. Henri started drawing and painting as a boy.

“I have always had a passion for painting. As a child, I would paint every Thursday and Sunday and the other days, I dreamed of it.”

The member of a family of wealthy industrialists, he had access to art supplies and even a camera at a young age. But he always saw photography in terms of other types of art. He even called photography…accelerated drawing.

“The great passion is shooting photographs, which is accelerated drawing, a matter of intuition and recognition of a formal order, fruit of my visits to museums, and art galleries, reading, and an appetite for the world.” At the time, Alfred Steiglitz was the most recognized photographer in the world.  His large format prints were very detail-oriented, though, and he was a master of the techniques of photography. Alfred even shot more than a decade-long series on clouds because he didn’t want the “interesting-ness” of the subject to influence whether it was a good photograph or not.

But Henri’s work was much different.

His photos weren’t technically perfect. He didn’t use a large-format camera, instead choosing a smaller camera that was often used for amateur “snapshots,” which were becoming popular at the time. But Henri was one of the first to make art of them, and his photographs of seemingly ordinary moments was unheard of. His first show was even called “Anti-Graphic” and was provocative for the time. At the time, the hip art movement was Surrealism. Andre Breton, Max Ernst, Louis Aragon and others were exploring ways to “release the unconscious creative potential of people by using a juxtaposition of images.” But like many avant-garde art, the work was off-the-wall, and the general populace thought it was pretty (ok, super) weird.

Henri was friends with these wacky artists, inspired by their creative explosion and rebellious spirit. But he took the advice of his friend and noted war photographer, Robert Capa, and avoided being labeled a “Surrealist photographer,” knowing that the world wouldn’t take his work as seriously or pay him much money. 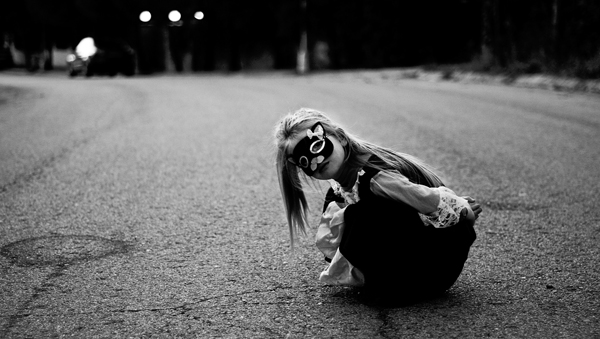 Henri would walk all day long looking for inspiration, sometimes up to 15 or 20 miles.

I prowled the streets all day, feeling very strung-up and ready to pounce, determined to ‘trap’ life – to preserve life in the act of living’.

To be a photographer, you’ll need to shoot a lot of images. In fact, Henri brought on a partner to do his darkroom work, so he could prowl and shoot more.

I adore taking a photo, once it’s taken the pleasure is finished, terminated. Henri was the opposite of a gear junkie. In fact, he once said,

I have no interest in photography.

This is probably why he shot the majority of his images with one camera, the Leica rangefinder with a 50mm lens. His camera was an extension of his eye, and you can bet that, after shooting for decades, it was easy for him to see how an image would look without even taking a photo. It also allowed him to hone his instincts.

Our eyes should constantly measure, evaluate. We modify perspectives with a gentle flexing of the knees, we make lines meet simply by moving the head a fraction of a millimeter, but that can only be done with the speed of reflex, so it prevents us from trying to make Art. “

I’m a bag of nerves waiting for the moment and it wells up and up until it explodes. It’s a physical joy, dance, time, and space all combined. Yes! Yes!! Yes!!! Like the ending of James Joyce’s, ‘Ulysses.’ Seeing is everything. Henri wrote in his iconic book, The Decisive Moment, that his style of photography was “telling a story with one image.”

“One unique picture who’s composition possesses such vigor and richness and who’s content so radiates outward from it that this single picture is a whole story in itself.”

He believed that, in every event, there was one moment that was the most photogenic. And it was his task to find it and press down the shutter at the exact instant that it showed itself. So he continuously stalked the moment using all the time he had NOT used to try to make money for new gear or learning new photography techniques. He was honing his intuition and putting himself in the right place at the right time.

He’d probably even say your life has its own decisive moment. :)

“There is nothing in this world that does have its own decisive moment. – Cardinal De Retz Henri was able to fund the majority of his travels because he co-founded Magnum Photography with his friend Robert Capa and other noted photographers. They used the agency to sell their work to magazines and art galleries, allowing them to continue exploring the world. It also had a mission to help photographers experience creative freedom and have control over their images.

You probably won’t found your own agency, but you could create your own photography website, blog or business. Then use it to share your work, sell your images and market your services.

8. Make Photography Your Way of Life

Let’s face it: If you want to shoot beautiful images like Henri has captured, then photography has to be your life. You need to spend your days strolling the streets, directing a studio or just clicking your shutter as often as you can.

You’ll want to think deeper, too.

There’s something spiritual about the way Henri approached the craft of photography. Reading his books, at times, it sounds like he’s on a spiritual quest for enlightenment.

For me, photography is to place head heart and eye along the same line of sight. It is a way of life.

But whether you dream of becoming a photography icon, making a living as a photographer, or just taking amazing images that you’ll always cherish, I bet Henri would encourage you to dive in. Hopefully, the lessons from his work set a strong example, too.

Of course, there are so many brilliant photographers in the world. I’m curious. Who inspires you? If there’s a photographer whose work lights your hair on fire, inspiring you to take better photos, then please share in the comments below. We’d love to hear from you!