Whether it’s for a magazine beauty and fashion spread, senior pictures, or my daughters and their friends just dressing up and having fun, teenagers are up for absolutely anything, which makes them my favorite subjects to photograph. Stand fully dressed under a freezing cold waterfall while hanging ten off a surfboard and holding a drooling English Bulldog? “Sure!” Go to a skate park and enlist 20 strangers on sticks to roll in a circle, and drag the shutter so that everything blurs out but the model? “Awesome!” They think of the funniest, craziest things: “Hey, I want to borrow an old truck and a goat and pretend I’m a country singer on the side of the road,” and their natural self-absorbedness is a plus in this case. For the most part, they really care about how they look, so they prepare, and they are perfect. Their outfit, hair, makeup and nails are absolutely now. So it’s like you get to shoot a cover of Vogue every day!

So now that you’re all pumped about shooting teens, jump in and ask them some things about themselves so that you kind of get an idea of who they are, like “do you like salted caramel or vanilla ice cream better?” or “mountains or beach?” “Okay, so when you’re at the beach, are you tanning or surfing?” just so that you can get an idea of who they are as people, and if they’re adventurous go-getters or more of the “I just want to fit in” type. It’s also a good idea to find out if they view themselves as more high fashion model or adorable and sweet. At this point, it doesn’t matter which one you think or what they really look like…. You need to know what direction they want to go. Even though you probably know better how they’d photograph, the best thing to do is to be self effacing and humble. These guys might be your doctor or lawyer in a few years. They’re people with major feelings brewing just under their smooth skinned exterior. Have you ever noticed that every single photo client will tell you their greatest fear or weakness within the first two minutes? It’s true! Just listen, and they’ll tell you what to do.

Show them that you’re on their side

Share something about yourself with them…something short, maybe funny ; ”Wow, you’re a singer? That’s so cool! When I sing, people literally turn and ask me to stop! Where do you sing at?” Try to find a common ground. According to Dale Carnegie, author of How to Win Friends and Influence People, People like people who are like them, so let your inner teen burst out. 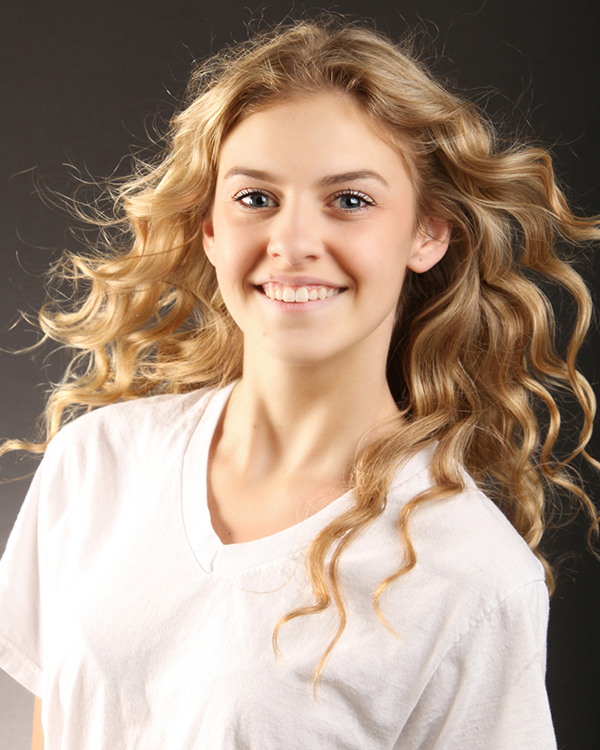 Time to pull the trigger

After you get a feeling that the teen is feeling more comfortable, or, if you’re kind of freaked out and nervous, whenever you’re feeling more comfortable, pull the camera up and go for it. I usually start with making them focus on something other than the fact that we’re taking pictures, like having them jump around, or turn quickly, from facing away to facing toward you, to make their hair fly. It’s the best way to have them just loosen up and have fun.

Remember, compact Flash cards are cheap, unlike film, so anything your model does, they’re right. You can always delete the picture later. Don’t go looking at the back of your camera after every shot. Take a couple of test shots before they arrive to make sure that the exposure is right, before you get started, and then go. And DON’T show them the picture in the back of the camera. This is MAJOR. At this point, they’re busy getting OVER being self conscious. The picture in the back of the camera is none of their business, and seeing it, no matter how proud you are of it, will stress them out.

For girls, make sure that you shoot for the girl as well as her family. Moms and dads don’t want their baby girl looking too sexy. So, for instance, that means that her back leg that’s furthest from the camera should never be bent and in front of the closer leg while the front leg is straight when she’s standing up, which is the default pose for 99% of girls. Watch her neckline. It should not be a cover for Maxim. There should be no “London or France” at any time.

My rule is that I never shoot a pose that I’d be embarrassed to have my mom or my children do. Speaking of which, make sure to do a straight on smiling shot for the relatives. Also, the biggest thing I see is photographers being too scared to take control.

Beware of shooting more than a courtesy shot of a girl who is standing with her shoulders straight on to the camera. I was trolling around one of the Facebook Photographer sites in my copious lack of spare time, and this whole group was “mob mentality-ing” a photographer, reaming him or her for leaving a tree in the background that stuck out of her head, or something totally fixable like that, and I’m like, “why doesn’t anyone notice that this tiny little waif of a girl is standing square on to the camera and looks like a giant tank?” It’s the small things, folks. If you don’t believe me, hand your camera to someone and ask them to take a bunch of pictures of you without them telling you what to do. The results will bring you to your knees. The exception to this is you are shooting head only. Like for modeling headshots, where there are no shoulders in the frame.

In that case, it doesn’t matter what is going on below her face, but make sure that there is something interesting going on in her face…I usually ask them something stupid, like “Sometimes all I want to do is sit and see how many War Heads I can shove I my mouth, don’t you?”and shoot it in between when I say it and when they react. I also shoot the reaction.

When I was a little girl, on the rare occasions that my family pulled out a camera, I would always try to do the model poses that I practiced, and my father always yelled at me to stand straight and keep my arms at my sides. I grew up thinking that I looked like I looked like a linebacker for the Philadelphia Steelers, and I’m 5’10 and at the time weighed 107 pounds. The general rule of thumb is that if there is a joint, it should have a bend in it. Check out arms, legs, and necks. Make sure that they all have at least a little bend in them. It looks better on camera, trust me, even if it feels weird. Especially if it feels weird, actually. Make sure that they’re not taking this one to an extreme with their necks. But no straight arms…it makes them look very uncomfortable, even if they’re having a great time.

Boys can be tricky. That’s a fact. I can’t say that in 22 years of shooting professionally, I’ve ever met a teenage boy who was totally gung ho about pictures. So I address it right away. I say, really conspiratorially, “So, are you here because you want to be, or are you here under duress?” If they laugh, I’ve got them. If they don’t, it’s going to be a long day. Make sure that you position them so that their shoulders look broad, waists small, so twisting their lower torso away slightly, while keeping their shoulders almost square to the camera, but not all the way square, is a good thing, as is doing different things with their look, namely, their hair, which can be natural, styled with hairspray, wet a little, slicked back, or covered with something like a hat. They can bring their instruments or sports equipment. Daredevils should be encouraged. Experiment with different angles, getting high or low.
Look at everyone’s shoulders and mouths, too. You need to be able to see neck. And people hold tension in their mouths, so tell them to drop their bottom lip…a lot.

Have them spin on a swing, (keep the shutter speed at 1/250th or higher to stop the motion), “ jump around”, “show me serious”, “ look off into the distance at ’that cute boy over there’”, “kick water on me”, ask them things like “what do fashion models look like, or tell them that they are amazing, which usually brings a smile. It doesn’t matter what they actually do when you make suggestions, as long as you’re making them, because no matter how many “selfies” they take, no matter how much mugging in the mirror they do at home, the second that they get in front of your lens, they’ll freeze. Don’t ask them what they want to do. They have no idea. They’ll either start kicking dirt or group texting, or they’ll look at you like you’re an idiot and say, “I don’t know, YOU’RE the photographer. “and indeed, you are. You need to tell them what to do, which way to turn, if their hair is going across their face, if lipstick is on their teeth, or if a bra strap is showing and, most especially, when they do something that looks great.

That’s your job. If you don’t tell them what to do, they won’t know. Look at poses that you like and then put yourself into that pose, in the mirror, so that you can see what can go wrong, where a toe should be pointed, a hand turned. If they do a pose that looks terrible, take the shot anyway, and just delete it later. Always tell them what a good job they’re doing. I modeled for ten years, and I’m here to tell you, It’s scary and weird for anyone to smile at a black hole with any kind of intention, so make it fun, make it interesting, and make it a personal mission to make this person look and feel the best they can look, and you’ll do just fine.