Photography has never been more accessible than it is now in the digital age. Every cell phone features a camera, and those cameras are quickly becoming more advanced. DSLRs are becoming more affordable while offering increasingly higher quality and functionality. And the advent of mirrorless cameras are packing more photo punch into smaller and easier to use packages. So why would anyone consider using an outdated medium like film? You might be surprised. There are actually a few very good reasons to shoot with film. For one, being forced to wait to see your photos instead of seeing them immediately after taking them will make you a better, more focused photographer. While waiting to see your photos might seem like a drawback, it will make you think more about each photo before you snap the shutter.

Also, going through the extra physical steps of handling rolls or packs of film, loading and unloading the film and developing it (depending on how involved you get. You can always have your film processed by professionals.) builds more intimate connections between you and your work.

And there is, of course, the aesthetics of film to consider. Photos shot with a film camera look different than digital photos. And while you could replicate some of the visual characteristics of film in your digital photos through digital editing, where’s the fun in that? Besides, while you might be able to fake it, digital photos simply won’t hold the innate charm and warmth of film. But where does a person begin when he or she wants to get started taking film photos? That depends on what sort of photography you’re interested in. As is the case with digital, there are many options to choose from with film. While not nearly as prolific as it once was, film photography can still provide amazing results whether you’re a casual shooter, an event photographer, or even if you shoot high fashion for glossy magazines.

Which Camera To Use

When getting into film photography, you basically have three types of films to work with: 35mm, 120 and instant. Different films give different results, of course. But each film type carries its own advantages, drawbacks and quirks.

Regular old 35mm film is the most prevalent today, and for several good reasons. It’s easy to find, easy to use, easy to get processed, and it can provide consistently great results. And  35mm cameras are still easy to find and easy on the budget. Many beginning and intermediate photographers start shooting 35mm film because top-quality film SLR cameras are abundant and inexpensive. If you’re up for it, the Pentax K1000 is a fully manual SLR that is easy to find and maintain. When shopping for a film camera, you should try to find one you can see and test before you commit to buying. If you shop online, find trusted sellers that allow you time to test the camera and return it if it doesn’t work for you. When testing a camera, make sure the shutter fires and the aperture opens and closes correctly. These are often the two mechanisms that break or wear down first.

Another advantage to 35mm is that it’s everywhere. While you’ll find better selections and higher quality at a dedicated camera store or online, in a pinch, you can find 35mm film in just about any grocery or convenience store. And most chain drug stores still develop color film, often in an hour. You can also get digital scans of your photos burned onto a CD for a few dollars. Then you don’t have to pay for prints of all of your photos; you can choose the best ones and simply save the rest. And most new home printers can also print photos on high quality photo paper.

Digital photography has conditioned many people to need instant gratification, but it has also eliminated most of the corporeal, tangible aspects of photography. Considering those notions, along with pop culture’s affinity for nostalgia, it’s no wonder that instant photography seems to be on an upswing in popularity lately. Singer-songwriter Taylor Swift is something of an enthusiast, filling her album ‘1989’ with personal Polaroids.

They did, but others have stepped in to fill the void, so photographers still have plenty of options available, depending on what sort of instant camera you’re using. You might find more than you’d expect.

After Polaroid stopped making instant film for their 600 series of cameras, the cameras most people remember as having the blocky flash that flips up and the slot in front where the photo slides out, a group of people decided to step in.

Thus the Impossible Project was born. Thanks to them, you can still buy film for those cameras. Impossible Project film, however, does present some challenges. The biggest issue is that, when shooting with it, you must quickly pull your photo from the camera and cover it up, preventing it from being exposed to any light. And images take upwards of 20 minutes to develop, so it’s not quite as instant as you might hope.

If you want something different, Fujifilm has a couple of instant options available. They make their own line of instant cameras, called the Instax, for which they still make film. The Instax comes in different sizes, such as the Mini and the Wide. Fujifilm also still makes film for Polaroid Land cameras. These include many of the older Polaroids with a lens attached to a bellows. These cameras shoot “pull and peel” photos. Each unexposed photo has a paper tab attached to its top. So every time you snap a picture, you pull the photo out with the paper tab, which also loads the next exposure. Then, after waiting a few minutes for the image to develop, you peel away the excess paper. Assuming all goes according to plan, what you’re left with is a sharp, vibrant image. The Polaroid 101 Land camera pops up regularly online and in vintage shops. It takes a 4.5 volt battery, which is still widely available. 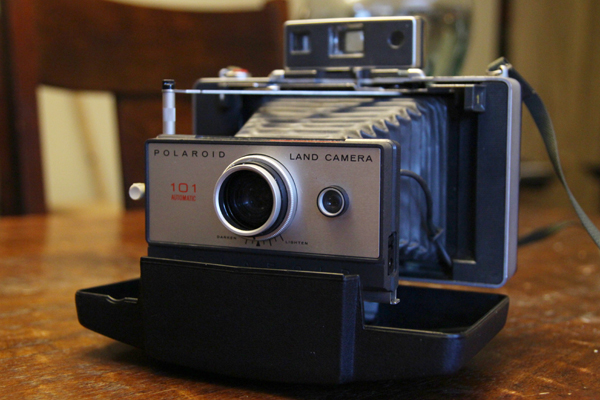 If you’re feeling adventurous, you might consider medium format film. It’s more challenging to use, but the reward is often worth the extra effort.

The biggest advantage to medium format film is its size. A roll of 120 film is 61 mm wide. Most medium format cameras shoot 60 mm x 60 mm images, which makes for large negatives that can produce giant images while maintaining the photo’s clarity. Many fashion photographers still shoot in medium format film. 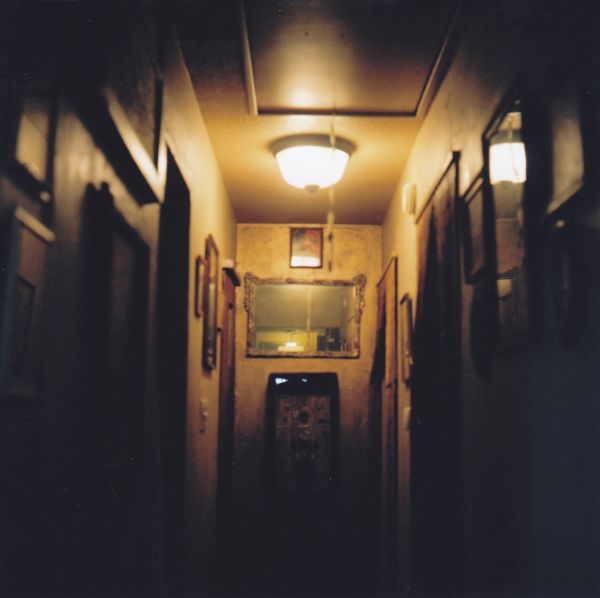 There are many different cameras that shoot 120 film. One of the most popular medium format cameras is the Holga, a plastic toy camera liked for the effects of its plastic lens. And if you’re into vintage and retro cameras, you can find a TLR, or twin-lens reflective, camera. Not only do TLRs produce great results, they really stand out in your camera collection. Be careful, though. Loading 120 film can be tricky, and it’s not difficult to accidentally expose an entire roll trying to get it in the camera at first. With practice, though, loading and retrieving your 120 rolls becomes easier.

Whichever way you choose, chances are you’ll get hooked on film photography. Share your best film photo tips with us in the comments.